I spent last week in San Francisco. I honestly didn't know what to expect from the place. Maybe a few parts Portland, a few parts pretentiousness, and a few parts scenery? Well, my predictions turned out to be spot-on. 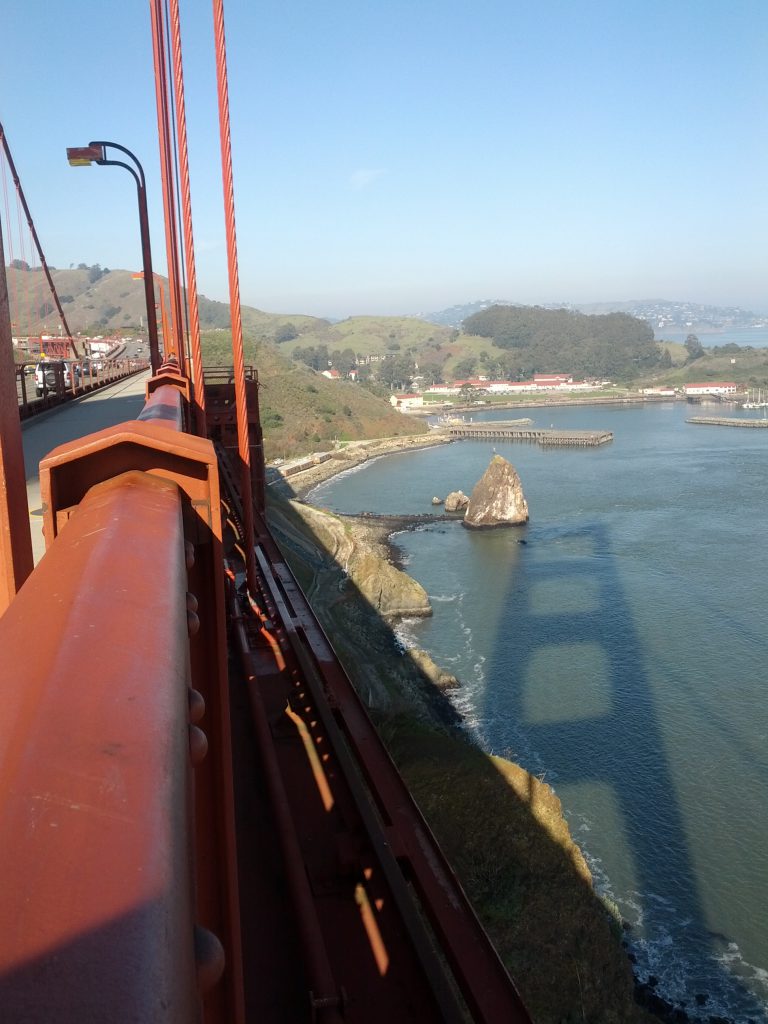 San Francisco is a beautiful city. Where Portland's natural landscape typically takes center stage, SF's architecture is the leading lady. In and of itself, the Golden Gate Bridge is a pretty astonishing creature to walk across. But there's something especially amazing about the houses built inches from each other, or staring out from Pier 39 with downtown as the backdrop.

Nature is never far from your mind, though. Just walking around parts of the city (or looking out over them) will remind you that these buildings and people are living at the whim of geography. They've developed clever and artistic ways to live and thrive on the side of a hill, but the hill is still in charge.

The highlight of the trip for me was, unsurprisingly, centered around beer. We found this great bar / bottle shop called City Beer Store that was only a block away from our hotel. Most evenings were capped off with a visit here, where my buddies and I would argue over the attractiveness of the bar tender.

The star of the beer show was the Dogfish Head 120 Minute IPA they had on tap. You might not know this, but that's a very rare find. Especially on the West Coast, and especially on tap. I'd never even come close to thinking I'd be drinking that beer during my trip. I had as many glasses as I could handle before leaving.

In all, it's a great city - and is definitely worth a visit. That said, I couldn't see myself going out of my way to make another visit. I might be bias, but Portland still has my vote as favorite city in the West.